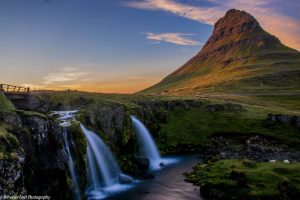 Several weeks ago I reached out by phone to a senior private equity professional in the Southwest, as I had not heard from him in a while. He had reached out to me in 2016, when he was considering whether to leave his current employer and pursue raising capital for his own fund, a long-time dream of his. When “Jack” – not his real name – answered his cell phone, I asked him whether it was a good time to speak. He responded “No, I’ll call you back in 15 minutes.” I never heard from him again.

One can consider Jack’s behavior one of two ways. As a personal matter, his not calling me back represented a minor breach of integrity, what many would deem to be a “white lie.” Nobody was terribly hurt in this interaction and I certainly did not take his lie to heart. As a business matter, his behavior was an egregious red flag. Jack’s profession – successful stewardship and deployment of investors’ capital into private businesses – revolves around trust, not only trust in one’s investing competence, but even more so on trust in one’s integrity. Senior private equity investors such as Jack will be challenged raising capital on their own, regardless of their past returns, if they do not project and model integrity in all of their professional and personal interactions.

When I have thought about Jack’s “integrity leakage”, although I do not take such behavior personally, it has occurred to me that perhaps I have been holding others to an unattainable standard, particularly in light of more frequent occurrences of “integrity leakage” of some of our most prominent public figures. My perspective shifted recently when I met with a current CEO client, who I’ll call “Jill”, and we engaged in a conversation about integrity. She recounted that she had devised a metric called the “Say-Do Ratio” in her dealings with all of the stakeholders of her firm. Essentially, the “Say-Do Ratio” is a fraction, comprised of the denominator – the number of commitments one makes – and the numerator – the number of times the subject completes their commitments. My client maintains a general sense of each of her major stakeholders’ “Say-Do Ratios” when she considers her interactions with each of them. Jill’s “Say-Do Ratio” is very close to, if not, 100%. Jill helped to return me firmly back to the perspective that as professionals and human beings, our word continues to be our bond.

Based on the above two examples, whom do you model your language and integrity after, Jack or Jill? How would you lead and manage your colleagues and stakeholders differently if you considered their respective “Say-Do Ratios” in all your interactions with them? How would your world of work change for the better if you challenged yourself to maintain a 100% “Say-Do Ratio” for the next month? If your personal “Say-Do Ratio” is less than 100% at the end of the month, this may be an eye opener for you to re-examine your language, your behavior and the value of your word.

Subscribe to my Newsletter and receive insights for Successful Executives.

C-Suite Executives and their Direct Reports

What I Work On